The need to migrate your control system is often obvious, and very often a migration can happen with no changes to the physical wiring situation, or with changes to intellectual property.

Operational effectiveness often increases exponentially after an automation technology update, and it makes plain business sense to upgrade earlier rather than later. Wait until the system is really out of date, and you could find yourself lagging way behind your competitors.

Things aren’t as simple as they once were. Piecemeal adding on of technology and automation infrastructure can result in a range of diverse systems in a plant making a well-planned and executed migration very important.

With assets getting older, the plant manager might be scratching his head about exactly when to make the leap and migrate the control system, but he’s in no doubt that it must be done. Electronic component life cycles are shrinking resulting in more hardware updates, not to mention that it’s harder and harder to find people with the right skills to upgrade and repair older control systems. 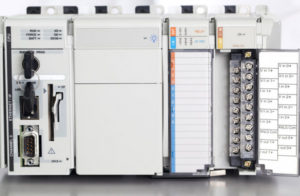 Whilst the IT departments of businesses strive to maintain the latest possible versions of business software and email hosting, the same can’t be said for those responsible for keeping their IT infrastructure current.

There’s the chance that as ageing assets become obsolete, when they become inoperable they are literally irreplaceable. Unless that is the plant manager is happy to put up with the potential downsides of buying the part from an auction site which could introduce unsafe operating conditions or outages the costs of which would far outweigh the replacement cost of the discontinued part.

When do you begin to migrate your control system?

Bear in mind that a system that ‘still’ works might not be giving you the best solution. A migration to a new system will make failure less of a likelihood, but also there will be new possibilities on the horizon.

A more reliable modern system will reduce the ongoing maintenance costs, and with a newer technology installed, the economic life of legacy controls can often be extended by 50%

Imagine yourself in a situation where end-of-life issues mean that your investment in certified recycled spare parts has led to your automations grinding to a halt. This is a big risk of the ‘do nothing’ approach. On the other hand, the proactive approach will lead to predictable expenditure and a modern state of the art automation solution.